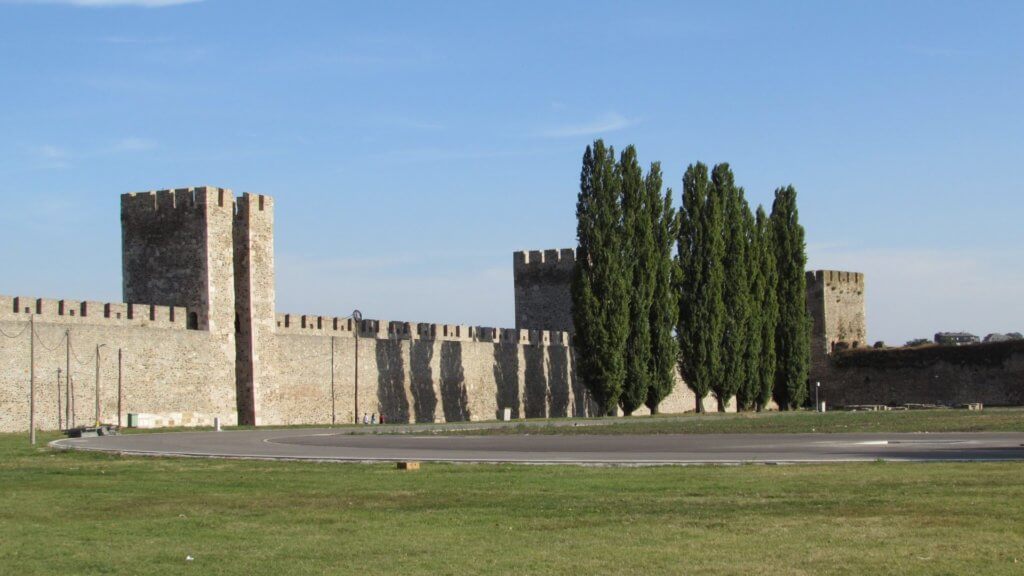 Smederevo Fortress is one of the largest flat ground fortresses in all of Europe spanning an area of nearly 11.3 hectares. It is located in the city of Smederevo about 30 miles south of Belgrade on the right bank of the Danube river. It was built between 1428-1430 on the order of Ruler of Serbian Despotate, Despot Đurađ Branković. When the capital of Belgrade fell to the Hungarian Empire, Smederevo’s Fortress was built to be the next capital of Serbia. Built with an extraordinary amount of manpower and time, this compound stands as quite the controversial structure in Serbian history. Untimely falling to the Turks in the late 15th century, the fortress was not returned to Serbia until the mid-late century. Smoderevo Fortress is described to be “one of the most striking and monumental pieces of architecture from medieval Serbia” and “the witness of Serbian creative force”.

In 1979, Smederevo Fortress has declared as a National Monument of Culture of Exceptional Importance. The Fortress was placed on the tentative list for possible nomination as a World Heritage Site by UNESCO. If you love European history and discovering medieval structures, this fortress is a sight worth your time and money.

The Fortress was built in the 15th century as the new capital of the medieval state of Serbia. Before Smederevo, Serbia’s capital was Belgrade. In 1426, after despot Stefan Lazarevic died, his heir Đurađ Branković returned the Belgrade to Hungarians and the medieval state of Serbia remained without a capital. To build a new capital, he chose Smederevo due to its location on the Danube. It provided an easy entree to the points along the river, permitted control of Danube traffic, and blocked the Hungarian entry into Morava valley.

The fortress has witnessed many historical events. In 1434, Đurađ Branković’s youngest daughter and Ulrich II Celje got married in the Fortress. In 1435, the brotherhood and friendship contract between Serbia and the Republic of Venice was signed in the Fortresses’ audience hall.

In 1459, The Ottomans conquer the city, which was the final fall of the city under Turks. In 1867, Turk Ottomans left the state, and Serbia was liberated. The surroundings of the Fortress have amassed the evidence of civilizations established over the time between the 15th to 20th centuries, which shows the advancement of the medieval Serbian state. 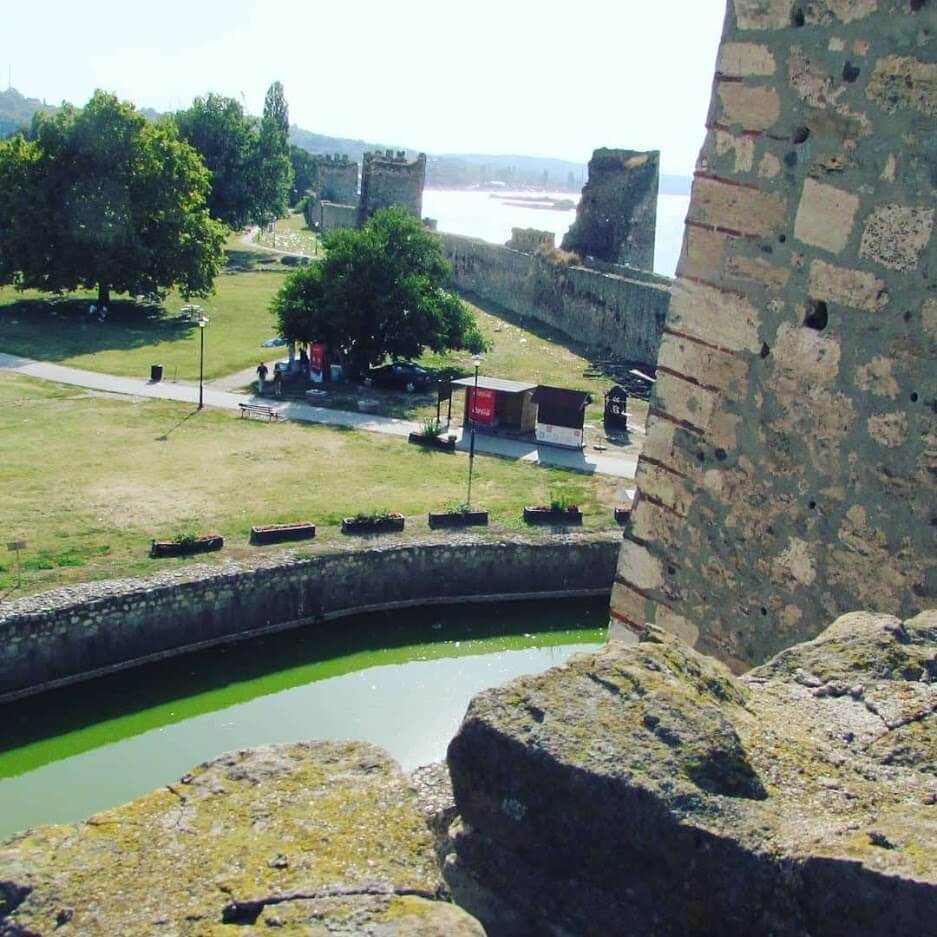 Built-in Byzantine style, Smederevo is classed as a water Fortress because it is surrounded by water. When the fortress was completed few structural modifications were made because of a decline in its military importance. It is surrounded by 1.5 km long and 2 m thick crenelated walls, 25 towers, each 25 m tall. Two sides of the Fortress are bordered by Jezava and Danube rivers while the third side had two moats for a stronger defense. 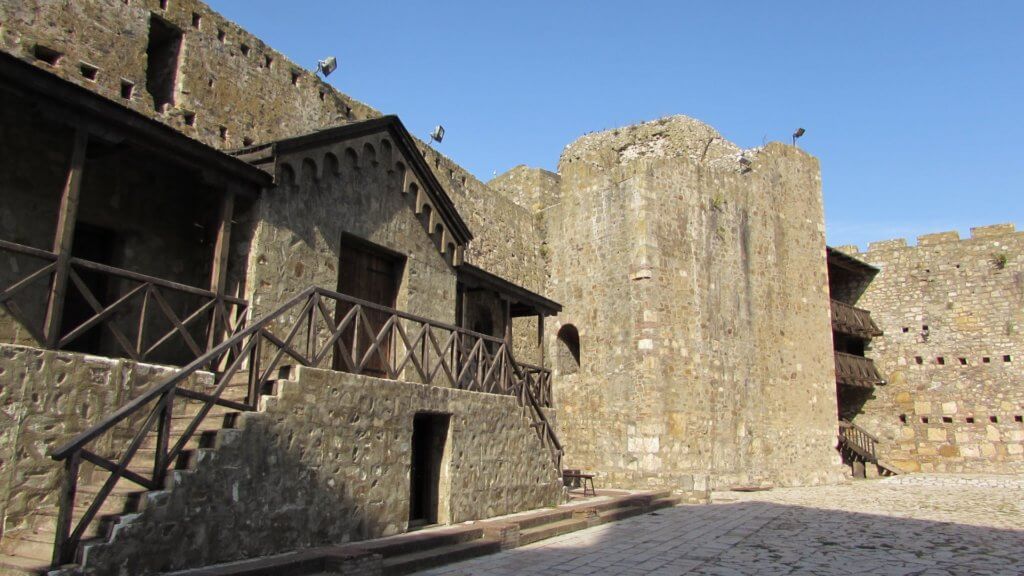 The construction of Fortress was completed in four phases. First, a fortified manor was built for Đurađ Branković, at the convergence of the rivers. The second phase comprised of brickwork, for which stones, lumber, and lime were collected from different Roman cities. Subsequently, the throne hall to received visitors was built. Hall was built in a Gothic style with four double-arched windows. Hidden doors were built into the Jezava wall to provide safe passage to Hungary. Finally, nine years were spent to expand the fortifications, including a larger suburb a sacral complex, and a Turkish bath.